Is Kim Jong-un near death, and if so, what does that mean? 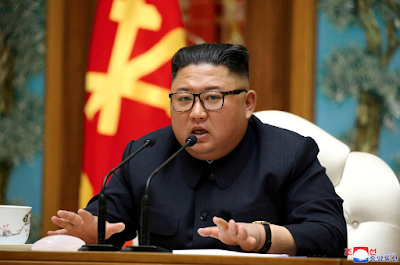 A couple days after CNN reported that 30-something North Korean leader Kim Jŏng-ŭn was gravely ill, Reuters is now reporting that Chinese medical experts have been rushed to North Korea, presumably to avert medical disaster for the Dear Respected Great Successor:


China has dispatched a team to North Korea including medical experts to advise on North Korean leader Kim Jong Un, according to three people familiar with the situation.

A delegation led by a senior member of the Chinese Communist Party’s International Liaison Department left Beijing for North Korea on Thursday, two of the people said. The department is the main Chinese body dealing with neighbouring North Korea.

The sources declined to be identified given the sensitivity of the matter.

Most Americans (and others, I suppose) think of Kim Jong-un and remember the “love letters” between him and US President Donald Trump, or the young Kim supposedly feeding his uncle to the dogs or something like that. His weight is fodder for late-night talk shows.

But while the US media likes to paint the DPRK leadership as cartoonish, the situation in Pyongyang is gravely serious for all of North Korea’s neighbors, especially US allies in South Korea and Japan.

Instability can bring opportunity as well as disaster. North Korea is not Eastern Europe, where the elimination of an authoritarian ruler may be expected to bring democratic reform. If Kim Jong-un were to die, it is not clear what will happen in this communist dynasty (yes, an inherited dynasty). 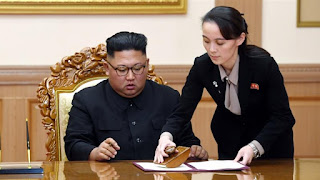 His sister Kim Yŏjŏng (김여정) may be the most likely candidate to take over, but her rise to to the highest echelons of the regime and her grip on power are by no means assured. Korean society is not exactly known for accepting women in power, so it’s not a given she can rule.

But if she stays, will she be a hardliner or North Korea’s Deng Xiaoping? I’d like to think so, but so far my similar optimism in the similarly Western-educated KJU has been misplaced.

If she’s ousted or blocked, will hardliners take over? Is the politburo secretly hoping for reform or detente with the US? Will they try for continued rapprochement with South Korea?

And who’s not to say things couldn’t crater into full civil war? This is a potential mess. No matter how you feel about him, KJU’s death at this point in time is not a cause for celebration.