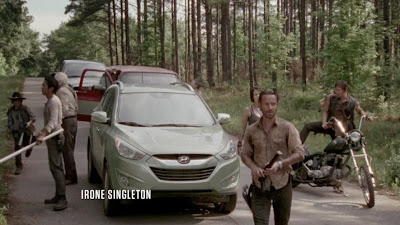 If you're a fan of The Walking Dead (as I have become), you may have noticed the frequently featured Hyundai Tucson, purchased by Maggie before the end of the world, and often driven by her boyfriend Glenn, another Korean person/place/thing prominently featured on the show (theirs is a relationship that could be the subject of its own post here at Monster Island). 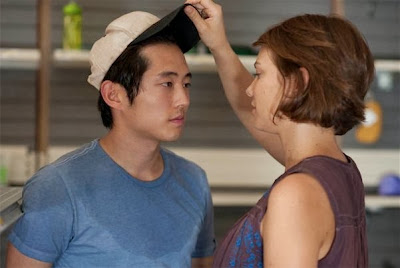 Surely this is product placement, but given that TWD is proudly filmed in Georgia and Hyundais are proudly made in Georgia, it's an easy match.

Anyway, that's what I had in mind when I read about this defensive vehicle for the zombie apocalypse, a Hyundai Santa Fe Sport, re-engineered (surely in violation of warranty) for driver survival when the dead start rising up and become walkers, biters, or what have you. Similar to the Veloster they revealed earlier this year.

Very cool. I want one, and maybe I'll get one. It could come in handy in Honolulu. 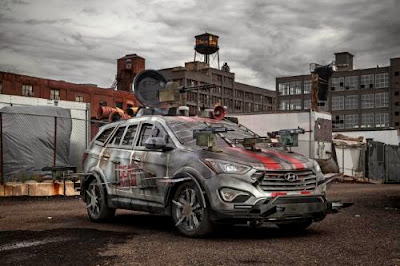