See what you will about North Korea and its leadership, but they certainly give Japanese otaku something to do: 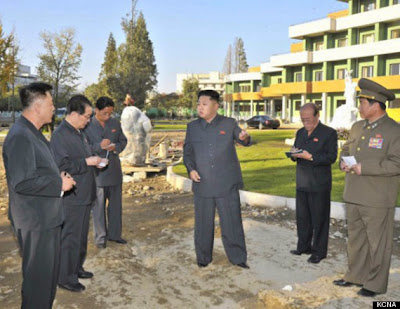 At first blush, it appears to be a fairly tame photo of Kim doing president-y things with his cadre of lieutenants. But as Kotaku suggests, upon closer look, the photo seems to have been manipulated with Photoshop. Note the strange shadows (or lack thereof)...

The title of this post, as you may be aware, is in reference to The Marmot's Hole guest blogger R. Elgin going nuts over Kim Jong-un's now-dead father also freakishly defying they physics of shadows (I was user-81 in the thread). 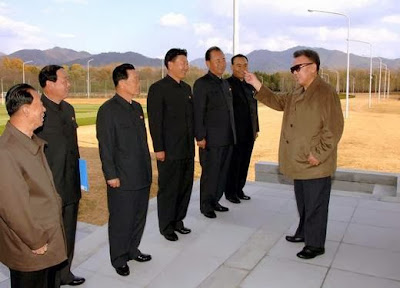