A stroll back in time 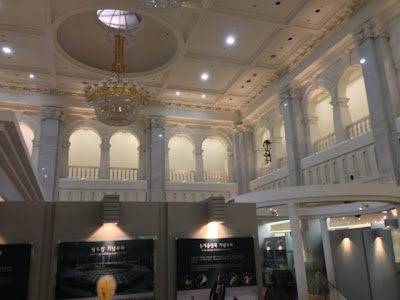 While walking around the downtown area yesterday, I decided to take a look inside the old Bank of Korea building, across from Shinsegae Department Store and the Central Post Office. It now houses a museum focused on money, the entrance for which is free (kushibo is a starving grad student, so anything free=good). I was rather impressed at the ornate interior. 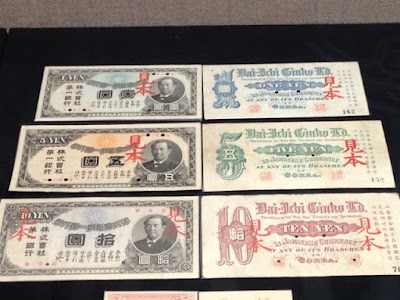 These Japanese-made bills (produced by Japan's semi-official Dai-Ichi Ginko Bank) were in circulation in the Taehan Empire (Korea) just prior to annexation. Note that they refer to Korea as "Corea." The significance of this official spelling used by Japanese officialdom can be found in this quite famous old post from 2005.