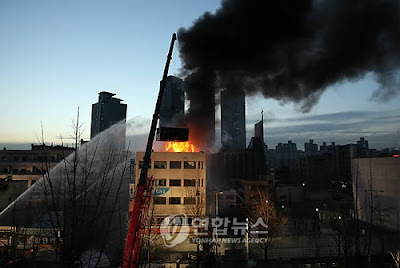 I will have to take time later to blog in more detail about the six people (it was five, but the death toll has gone up) who died when a SWAT team in the southern part of Yongsan-gu Ward tried to oust squatters armed with Molotov cocktails. The old neighborhood is slated to be razed and shiny new apartments and commercial facilities are to be built in its stead. 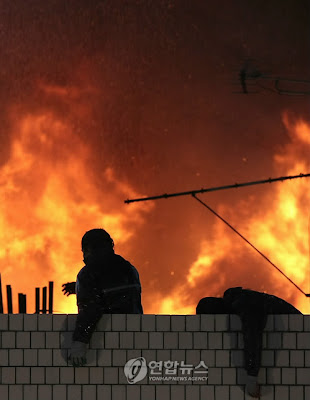 The clashes are an oft-repeated scene in construction-happy Seoul, and it's not the first time potentially deadly violence has been used. Often it is privately hired thugs who handle the violence and threats, but at some point the government often steps in to remove those who have no more legal right to remain (and whether those rights were justly and fairly taken away is not always clear).
I have something long going through my head, but in the meantime, here is an old piece from March 2006 that touched on many of the same issues.
on January 20, 2009