Detained American in North Korea was there as a clandestine missionary 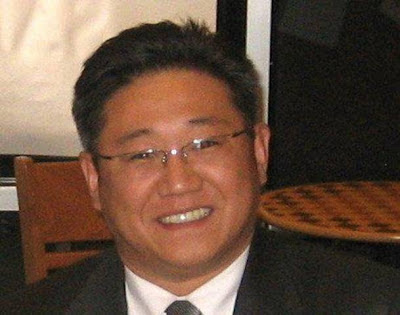 That is what the North Korea News is reporting:


An NK News investigation shows that Kenneth Bae, a Korean-American currently being detained by the North Korean government, is a trained missionary who was using his China-based tour company as a platform to bring missionaries into North Korea. The news comes following a statement released Sunday by the Korea Central News Agency which said that Bae had "disguised his identity" upon entering North Korea.

The NK News investigation shows that Bae was initially sent to China by the evangelical missionary organization “Youth With a Mission” (YWAM) in 2006. The organization is designed to help equip missionaries with the skills needed to convert people into Christians.

Those who recall my skewering of The Stupogants™Laura Ling and Euna Lee (and Mitch Koss), or Messiah Complex-afflicted Robert Park and his buddy Aijalon Gomes may be surprised that I'm far less critical and much more sympathetic to the plight of Kenneth Bae, who was recently sentenced to fifteen years of hard labor.

I've met a number of North Korean refugees and those who quietly are trying to fish them out, and they are nothing like the publicity whores (I'm trying to think of a nicer way to say that) that have ventured into North Korea to further their own careers (e.g. The Stupogants) or their own suicidal delusions of salvadorism (e.g., Robert Park and possibly his buddy Aijalon Gomes).

Rather, it is the missionaries who quietly enter the DPRK who are bringing the message of hope and possible regime change. They are the ones who — if their message takes hold and their underground railroad stays in place — may pose a real threat to the regime by changing the calculus of support and fear. Those who have a means to escape or are attuned to a higher being with a grander purpose may become impervious to the terror tactics employed by the power machine.

And that is messy work. It takes people with a willingness to risk their lives and safety on a daily basis to go in and out, again and again, until the regime has fallen or has changed beyond recognition. Kenneth Bae is a casualty of this, and it is my fervent hope that what he loses is little more than his freedom temporarily.

I pray also that he doesn't reveal — directly or inadvertently — the identities and whereabouts of people who might be harmed by the regime for having worked with him or even merely come in contact with him. That was one of my biggest criticisms of The Stupogants: Not only had they caused the North to plug up an important escape route, but they had the videotapes of their refugee interviewees on their person when they were caught!

At this point I hope and pray Kenneth Bae is released soon and without harm to him or anyone touched by him, and that we don't expend significant political or actual capital in order to secure his freedom.