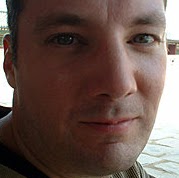 I just got word that a long-time, low-key fixture in the K-blogosphere has passed away. Joseph Steinberg, formerly of Pusan and perhaps better known as Hume's Bastard to those at The Marmot's Hole, died this weekend in Texas.

He left occasional comments here at Monster Island (such as at this post on the anniversary of the Rodney King riots), but I also knew him in person, even if only briefly. Back in 2004, I worked with him for a short while on get-out-the-vote campaigns (mostly absentee ballot registration for US citizens) when he was based in Korea's #2 city.

I remember him as a cynical and somewhat argumentative fellow, but he was also honest and sincere. His wife was nice, too.