Rodman bounces back to Pyongyang to visit

We interrupt the lead-up to the US War in ______™ with news that basketball legend-in-his-own-mind and Kim Jong-un BFF Dennis Rodman has returned to North Korea to meet with The Young General. He emphasized that he was not there to secure the release of Korean-American missionary Kenneth Bae, who reportedly is in a labor camp, not getting Pyongyang Palazzo treatment that former the original Stupogants (Euna Lee and Laura Ling) received.


Former NBA star Dennis Rodman landed Tuesday in North Korea and said he plans to hang out with authoritarian leader Kim Jong Un, have a good time and maybe bridge some cultural gaps – but not be a diplomat.

Rodman was greeted at Pyongyang's airport by Son Kwang Ho, vice-chairman of North Korea's Olympic Committee, just days after Pyongyang rejected a visit by a U.S. envoy who had hoped to bring home Kenneth Bae, an American missionary jailed there. The North abruptly called off the official visit because it said the U.S. had ruined the atmosphere for talks by holding a drill over South Korea with nuclear-capable B-52 bombers.

Rodman said the purpose of his visit was to display his friendship for Kim and North Korea and to "show people around the world that we as Americans can actually get along with North Korea." 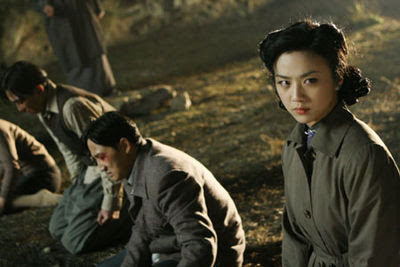 
A jarring report out of North Korea claims that Kim Jong Un's former girlfriend was executed by a firing squad last week.

Chosun Ilbo,an English language newspaper in South Korea, said unnamed sources in China told it that Hyon Song Wol (of "Excellent Horse-Like Lady" fame) was arrested on Aug. 17 along with about a dozen others; Hyon was a singer, and a number of the others were members of the Unhasu Orchestra.

They were accused of making a sex tape and selling it and were shot three days later for violating the country's pornography laws. A source said some allegedly had Bibles in their possession, and all were treated as political dissidents.

The report has not been independently verified by other media outlets. Chosun Ilbo is one of Seoul's main daily newspapers.

While that story got a lot of press, I'm skeptical of its veracity. When the "news" was released, I frankly didn't know what to make of it. It comes from the Chosun Ilbo, a conservative newspaper that reports almost any rumor coming out of North Korea as true. The thing is, defectors who've escaped North Korea (and these are people who deserve our sympathy no matter what they tell their handlers once they reach the South) are incentivized to provide bad stories about what is happening up north, including things like this.

On the other hand, we do know that outrageous things really do happen up there, so this could be true (with the ham-handed reasons for their execution being an example of throw-everything-at-them accusations engineered by North Korean hardliners). So she really might be dead from an executioner's gun, along with all those others in her once-famous singing group, they could all be jailed, or heck, they may be living out their lives somewhere quietly (or even hiding out in China).

I'd still like to hold out hope that the Western-educated and basketball-loving Kim Jong-un really is poised to bring about change and is not allowing (or is at least curtailing) the sociopathic housecleaning of his forebears and handlers.

(Oh, and to tie the first sentence up with the rest of this post, CBS News just had a US Senator saying that dealing with Syria's use of chemical weapons is important to send a message to North Korea. What a perfect bow.)