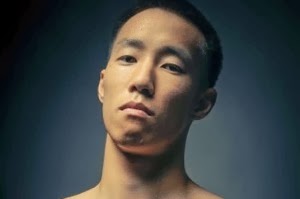 The OC Weekly has a piece on boxer Daniel Kim (not to be confused with actor Daniel Dae Kim). Being the first Korean-American boxer (in the Southland [i.e., Southern California] at least) is major barrier-breaking:


He also notes that by stepping into the ring, he's stepping outside the cultural norms and social expectations placed on Korean Americans.

"Growing up, I was left with a strong impression that pursuing a future as an athlete was impossible or a waste of time," he observes. "Professionally boxing as a Korean American allows me to challenge these cultural and social sentiments while proudly representing Korean and other Asian Americans in a domain where we are vastly underrepresented and often taken lightly."

Although South Korea has produced its share of boxers, immigrant Korean parents and 1.5-generation parents would prefer their kids to be brain surgeons than brain injured, so boxing is not terribly big in the Kyoto community. But if Daniel Kim starts making it big, who knows?