All those Merrill Newmans look alike 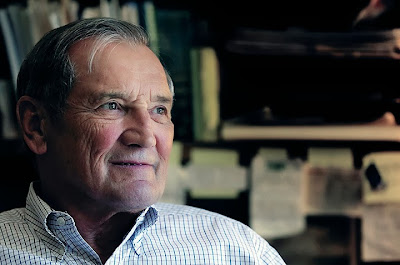 I reported last week on a US citizen being detained by North Korea. We have since gotten information on the identity of the latest American guest of the Pyongyang Palazzo: the North Koreans have confirmed that he is Merrill Newman, an 85-year-old veteran of the Korean War. Mr Merrill E. Newman lives in Palo Alto, California.

It immediately made me wonder if North Korea is going to use him to make the case of American war crimes during the Korean War to undermine support for the US presence. Frankly, that would be a stroke of public relations genius.

Naturally, such an argument would be Bruce Cumings-esque in its wholesale disregard of the far, far, far, far worse atrocities committed by the North Koreans (who, by the bye, started the war in the first place), but an ignorant American populace and a sensationalist Western press might not bother to put things in that kind of perspective. 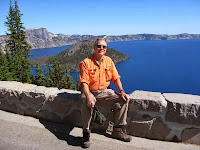 And it all gets even more messed-up from there. There is some speculation in the Western press that the North Korean authorities have arrested the wrong Merrill Newman. The Merrill H. Newman they were presumably after, the platoon leader who won the Silver Star (presumably for killing loads of North Koreans by "launching a series of highly coordinated attacks which inflicted heavy casualties upon the enemy") is sitting pretty at his home in Beaverton, Oregon, with no plans whatsoever to return to the DPRK. Crater Lake, where he is seen at right, is more his speed.

The Washington Post runs with this speculation, addressing it as one of four possibilities for why the North Koreans arrested Mr Newman. One of them is (as I'd addressed in my earlier post) the possibility that he was proselytizing, as Mr Park and Mr Gomes before him had done. Now that this has come to light about the Silver Star winner, I'm guessing that the mistaken identity angle is the most likely explanation but that North Korean authorities will shift gears and try to squeeze some concessions out of any agreement for his release.

I hope Mr Newman's health is good, because he could be there fore a while (but it's a good bet that the North Koreans will actually make sure he's taken reasonably good care of.)