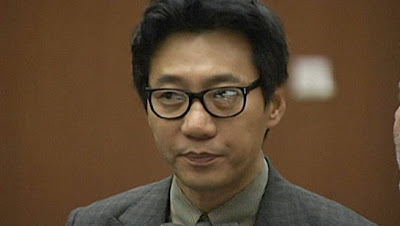 I reported about this here and here, Pinkberry founder Young Lee getting arrested for senselessly beating a homeless man senseless. Well, after nearly two years, Mr Lee has been found guilty of assault with a tire iron and will likely spend a considerable amount of time in jail.


A co-founder of the Pinkberry yogurt chain was found guilty Friday of beating a homeless man in Hollywood with a tire iron in an attack allegedly sparked by the transient’s sexually explicit tattoo.

Young Lee – who is no longer involved with the frozen yogurt company he helped to found – was convicted of assault with a deadly weapon after using a tire iron June 15, 2011, to attack a homeless man panhandling near the Vermont Avenue exit off the Hollywood (101) Freeway.

“Instead of driving away with his passengers as a reasonable person would have done or rolling up his window, or just ignoring the plaintiff, Lee, having taken deep offense of the tattoo, rolled down the window and began an argument with the plaintiff,” Gary Casselman, the plaintiff's attorney, wrote in court documents filed in a separate civil case.

Lee, now 49, parked his SUV on Vermont Avenue, grabbed a tire iron and continued arguing with Bolding, now with both of them on the sidewalk, court documents said.

The beating broke Bolding's arm and gave him a concussion, his attorney said.

The transient said he was bleeding when he ran into oncoming traffic in an effort to avoid being attacked further. He testified that he was ordered to get on his hands and knees to apologize as he fell against a fence.

With only one store in Honolulu, I've never actually set foot in a Pinkberry (known affectionately in SoCal as Crackberry). I have, however, entered the struggling Red Mango a few times.