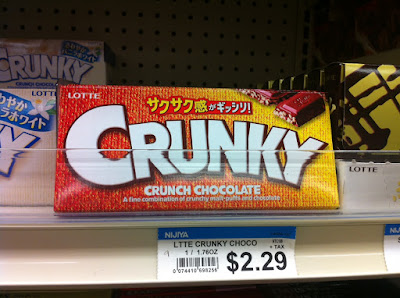 Over at ROK Drop and Japan Probe there is a discussion on the supposed propensity for Koreans to copy Japanese products.

I've written on this in the past, but the upshot is this:
I snapped the picture of the Crunky bar just a few weeks ago in the Ala Moana branch of the Nijiya Supermarket, which has some killer Hiroshimayaki.

Anyway, this would be a more interesting topic if it hadn't come to be dominated by Korea bashers (much the same as what happened with my post on the Corea and Korea spellings).