If I had a nickel for every time I'd heard this one...

When a satirical site claimed in 2012 that Samsung paid Apple its $1.05 billion award in nickels (which would be 20,000,000,000 of the 5¢ coins), some media outlets picked up on it as if it were true, as did a few social media sites. This all happened a year ago, but the meme seems to have made a resurgence recently in social media, judging from what I've seen in my inbox and Facebook feed today.

Paying over a billion dollars in nearly worthless coins would be some real petty stuff, but I didn't think even Samsung's leadership would stoop that low (or that their lawyers would let them). And sure enough, several news sites took the trouble to point out that the story wasn't true. The Guardian, for example, noted that it would take 2,755 lorries to transport all those nickels. 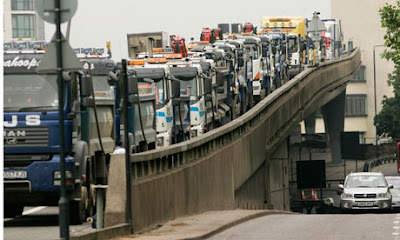 Snopes even went so far as to debunk this. The Guardian says it originated at this Onion-esque website in Mexico, with a translation here.

If this meme gains a second life, I wonder if Samsung will follow Asiana Airlines lead and think about suing the various websites for defamation before public opinion skewers them and they decide against it.