Random Korean mention of the week 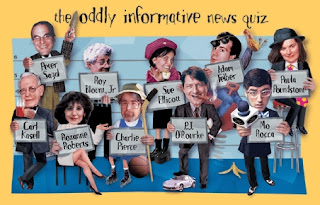 This week's random mention of Korea in the media is actually from May 25, 2013 (I've been busy with work and travel and didn't get to this one until this morning). The NPR radio news quiz show "Wait, Wait, Don't Tell Me" had this to say in reference to the United Kingdom finally sending an official astronaut into space:


In 2015, Major Tim Peak will become Britain's first official astronaut in space, meaning the only people to beat the U.K. into space are the Americans, the Russians, the Canadians, the Chinese, a dog, a monkey, Richard Branson, that guy from NSync and a jar of kimchi.

This is actually a pretty funny show, if you're into the news (and even if you're not).