And on the other end of the age spectrum...

I probably can't do any better, and I don't have a bum knee.

Um, anyway, this was all because Senator Simpson (he of Simpson-Bowles) cited "getting on YouTube so you can see Gangnam Style" as one of those time-wasters that otherwise Internet-savvy people do (along with "Instagramming your breakfast" and "tweeting your first-world problems").

What he'd like you to do is start paying attention to the massive amount of debt the country has, warning that "these old coots will clean out the Treasury before you get there." So he has started an on-line initiative called "The Can Kicks Back" that educates younger people on why debt matters and what can be done about it (though it gets a little scare-tacticy). 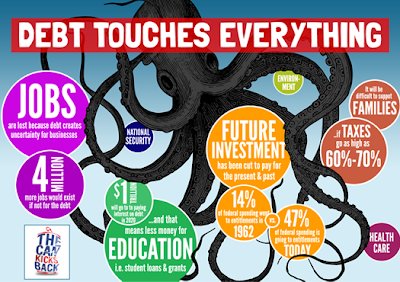 (The fact that we've been kicking the can down the road on the debt issue is why they have a can in their organization name and as their mascot.)

Anyhoo, a big ten-gallon Wyoming hat is off to Senator Simpson for getting young people to pay attention in a not-terribly-uncool way.