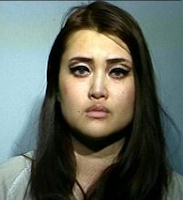 Remember Lisette Lee? Sure you do: She's the Los Angeles socialite who was eventually caught acting as a drug mule to the tune of 500 pounds of pot and who — and this is where her story becomes Korea-related and thus fodder for Monster Island  — claimed that she was an heiress to the Samsung empire.

You can read a much longer (and more interesting) telling of her torrid tale in this August 2012 Rolling Stone article (not sure how I missed that one). An excerpt:


From the moment they touched down minutes ago, the group had been in motion, hurrying down the jetway to unload their cargo: 13 huge suitcases so heavy that the two men had struggled to carry them, even the big guy. When confronted by the agents, Lee impatiently explained that she was bringing supplies to a horse farm. Before the night was over she would amend her story, confessing she'd been given $60,000 in expenses for the trip, and while she didn't know what she was transporting in those suitcases, she blithely figured it had to do with "weapons and money laundering or something."

Lee would go on to tell federal authorities a lot of things about herself: that she was a famous Korean pop star as well as the heiress to the Samsung electronics fortune; she was so emphatic on this last point that on police paperwork agents listed "heiress" as her occupation. Back at home in L.A., Lee called herself the "Korean Paris Hilton" and played the part of the spoiled socialite, with two Bentleys, a purse-size lap dog and, especially, her commanding, petulant personality that kept her posse of sycophants in check. It was as though Lisette Lee had studied some Beverly Hills heiress's handbook: how to dress, how to behave, how to run hot and cold to keep people in her thrall – in short, how to be a modern celebrity. But all of that would begin to unravel – amid the crowd and confusion on the Columbus tarmac that June 2010 evening – once a drug-sniffing German shepherd padded over to the van and sat down, signaling a hit.

The reason I'm rehashing the faux heiress's story is that it is in the news once again. As it turns out, Hollywood has a hankering for stories of black noir true crime veritas, and someone wants to make a movie out of this molehill of shyt. Craig Brewer of Hustle & Flow and Footloose is set to direct the film for Paramount, which will be called Gangster Princess of Beverly Hills. I guess Sony was in no mood to make the film, seeing as how Ms Lee falsely claimed she was the granddaughter of Sony founder Akio Morita.

You can read a bit more about Ms Lee's situation and the damage it caused through the blog of Meili Cady, aka "House Arrest Girl," who was one of the people that Rolling Stone writer Sabrina Rubin Erdely noted had been taken in by Ms Lee's wild tales.

The thing is, this is not the only movie depicting a Korean-American villainess on the big screen. Rachel Lee (above), the leader of a den of thieves who would rob the likes of Paris Hilton and Lindsay Lohan four or five years ago, went to the big house but her story will go to the big screen. Newcomer Katie Chang joins Emma Watson (you've come a loooooong way, Hermione) in Sofia Coppola's The Bling Ring (trailer below) due out in June.

Rounding out this trifecta of imperfecta is this month's Spring Breakers, which features former Disney child starlets getting all sexy and shyt. As far as I can tell, there's no Korean-American angle, but I brought up the film because I wanted an excuse to post a publicity photo. 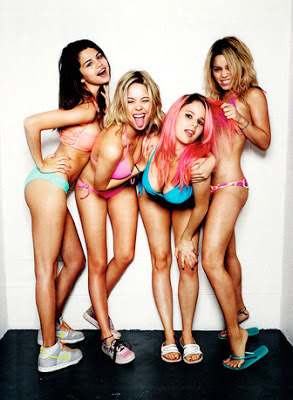