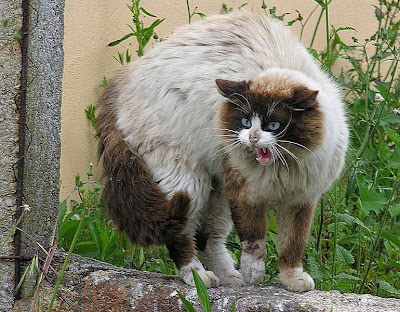 The Associated Press provides some perspective on whether or not North Korea really would attack US targets in the Pacific or on the Mainland. Or South Korea, for that matter.


White House spokesman Josh Earnest said North Korea's "bellicose rhetoric" would only deepen its international isolation, and that the U.S. has both the capability and willingness to defend its interests in the region.

But its medium-range Rodong missiles, with a range of about 800 miles (1,300 kilometers), are "operational and credible" and could reach U.S. bases in Japan, he says.

More likely than such a strike, however, is a smaller-scale incident, perhaps off the Koreas' western coast, that would not provoke the Americans to unleash their considerable firepower. For years, the waters off the west coast have been a battleground for naval skirmishes between the two Koreas because the North has never recognized the maritime border drawn unilaterally by the U.N.

As threatening as Kim's call to arms may sound, its main target audience may be the masses at home in North Korea.

For months, the masterminds of North Korean propaganda have pinpointed this year's milestone Korean War anniversary as a prime time to play up Kim's military credibility as well as to push for a peace treaty. By creating the impression that a U.S. attack is imminent, the regime can foster a sense of national unity and encourage the people to rally around their new leader.

Inside Pyongyang, much of the military rhetoric feels like theatrics. It's not unusual to see people toting rifles in North Korea, where soldiers and checkpoints are a fixture in the heavily militarized society. But more often than not in downtown Pyongyang, the rifle stashed in a rucksack is a prop and the "soldier" is a dancer, one of the many performers rehearsing for a Korean War-themed extravaganza set to debut later this year.

More than 100,000 soldiers, students and ordinary workers were summoned Friday to Kim Il Sung Square in downtown Pyongyang to pump their fists in support of North Korea's commander in chief. But elsewhere, it was business as usual at restaurants and shops, and farms and factories, where the workers have heard it all before.

"Tensions rise almost every year around the time the U.S.-South Korean drills take place, but as soon as those drills end, things go back to normal and people put those tensions behind them quite quickly," said Sung Hyun-sang, the South Korean president of a clothing maker operating in the North Korean border town of Kaesong. "I think and hope that this time won't be different." 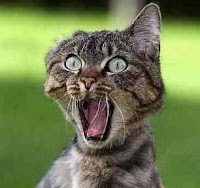 Note that the byline is Jean Lee, the AP bureau chief in Pyongyang who sometimes seems (according to critics like Joshua Stanton at One Free Korea) to be a paid apologist for North Korea. And true enough, this piece does contain a heavy dose of "what poor misunderstood Pyongyang wants." Nevertheless, my own analysis about the actual threat pretty much arrives at the same conclusion. The biggest danger is not in the rhetoric but in the possibility of a miscalculation.