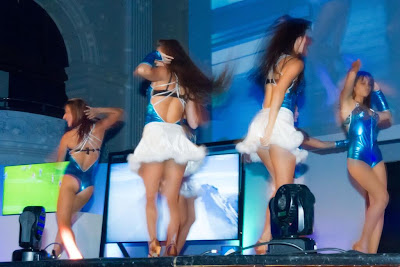 We are not in Asia anymore, Toto.

I guess Samsung is learning the hard way that sexist marketing that works just fine in South Korea might not fly so well in South Africa or South Philly or South Pasadena:


Last week Samantha Perry sent an open letter to Samsung, stating her feelings with regards to the use of scantily clad women in the launch of the company’s new fridge and washing machine lines, last week at Africa Forum in Cape Town. The original post went viral, receiving media attention and creating international interest. This morning, Samsung South Africa issued a press statement formally apologising for the controversial launch of its consumer products at Africa Forum last week.

Here's part of the open letter:


Heaven forbid I, as a woman with 15 years experience covering the tech sector, should have any place at one of your launches as anything other than (frequently half-naked) eye candy.

It would be entirely too much to ask that when you planned your recent Africa Forum you considered NOT using scantily clad beauties to help launch your (wait for it) new fridge. I mean let’s face it, most of your target market for that sort of product is female. And women are totally into that, oh, no, actually, that’s not us, that’s 13-year old boys.

Then you launched the Samsung S IV, and what exactly where all those (admittedly dressed) ladies doing on stage? Oohing, aahing, cooing about their weight, shopping, cooking, and men.

She continued on with an economic argument, citing figures of $7 trillion (I assume those are South African dollars) worth of goods marketed to men in this way are purchased by women, who are increasingly put off by this stuff. 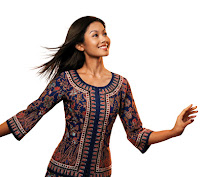 You can read more about this at Huffington Post. Expect to see this as more and more of an issue in Western media, now that Samsung, Hyundai, Kia, and K-pop are increasingly seen as global entities that deserve scrutiny. At the same time, though, don't expect this practice to go away any more than, say, "the Singapore Girl" turned into the Northwest Airlines flight attendant. 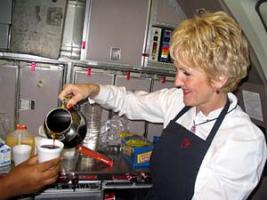 Funny, back in 2006, I actually mentioned Korean companies (in this case, Kia) using sexified models to sell product in South Africa.