Kia Rio and Hyundai Accent get high marks — for injuries 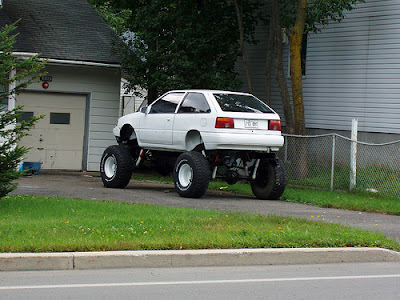 When the Hyundai Excel first hit the Korean market, it was known for being very affordable. The econobox's reputation floundered, however, when those early exports came to be known for breaking down and being just all around cheap. This hurt the Korean carmakers who failed to understand that even the lowest of income earners wanted value and not just cheap.

It was a painful lesson that later gave birth to Hyundai's and Kia's vaunted ten-year warranty, along with a matching reputation for reliability, economy, value, safety, and eventually even style. It has been an amazing turnaround for two companies that were the butt of all sorts of jokes (e.g., Hyun-die and "KIA = Killed in Accident").

So it is a bit of a step backward that two Korean models are on a list of cars with the greatest number of injuries in an accident.


“Injury claims data show something that crash test results can’t, and that’s the role that vehicle size plays,” said Kim Hazelbaker, HLDI senior vice president. “In most crash tests, the advantage of greater size and weight is masked by using a fixed barrier [in a test]. As a result, crash test results are comparable only among similar vehicles.”

These numbers demonstrate which vehicles' occupants are the most likely to be injured in when it comes to real crashes, the institute said.

“We know that in the real world, if all else is equal, a larger, heavier vehicle does a better job protecting occupants than a smaller, lighter one,” Hazelbaker said.

The Suzuki SX4, a small crossover, had the second-highest risk of injury to its occupants, posting 26.6 claims per 1,000 insured vehicle years.

I should add that the Chevrolet Aveo would also count as a Korean car.

Anyway, it's for reasons like this that my mother buys things like the Chrysler Town & Country or Hyundai Santa Fe (or, back in the day, a Chevrolet Caprice). All that metal surrounding you can offer some protection (even if some larger cars are actually dangerous in an accident).

Frankly, though, a lot of the problem could be solved if there weren't so many people driving Chevy Suburbans, Ford F-150s, and Hummers. I'm so glad that that last company has met its demise.