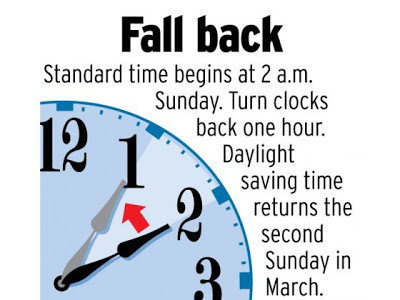 Here's a public service for all Monster Island readers: Daylight Saving Time is about to end in most of the US (in fact, it's already over in some parts). It used to be 2 a.m. on the last Sunday in October, but now it's the first Sunday in November that we change our clocks back.

Hawaii, of course, does not follow DST, so the time remains the same here. It's nice when the Mainland gets a little closer to us, though. Instead of a three-hour difference between Honolulu and my friends and family in California and Las Vegas, it will be only two.

It's important to note this for people in Korea as well, which (like time-zone next-neighbor Japan) doesn't follow DST. In fact, Korea and Japan both mutually agreed not to go on DST unless the other did. So this means that the Los Angeles is now only seven hours ahead of Korea (minus one day*) instead of eight hours. New York City is ten hours ahead instead of eleven.

This is as good a time as any to rehash a post about the plans of some in Hawaii to make the Aloha State even closer to its major tourism base in Japan and Korea, by moving it over one time zone, for a four-hour difference (minus one day*) instead of a five-hour difference. According to that 2011 article, this plan would have gone into effect by now, but it hasn't.