"Love of country" versus "Revenge" 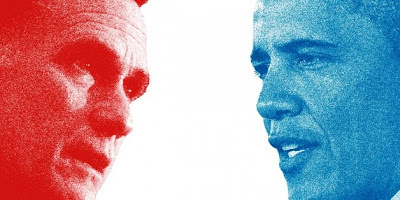 I see that in the final stretch of this way-too-close campaign that Romney is trying to run with the idea that there's something wrong with Obama because he wants to get "revenge" on someone. Romney seems unaware of where Obama's "best revenge" comment comes from, and he hopes his audience and the electorate are, too.

In fact, Obama's comment, that his audience shouldn't boo but should instead make sure to get out the vote because "voting is the best revenge," is a takeoff on a centuries-old quote by 17th century poet George Herbert in Jacula Prudentium: "Living well is the best revenge."

His message: Be voter, not a hater.

Frankly, people who are going off about this are revealing their utter ignorance of our Anglican-influenced culture — even though it's often the same people who hold up our Anglo-American heritage as the supreme identity of the United States. (I'll admit, though, that I first learned this quote from watching an episode of Frasier, where Frasier suggests to his brother Niles that their comfy existence in Seattle high-rises was revenge enough from the high school bully who they'd encountered anew when he showed up as a plumber to fix Frasier's bathroom.)

Meanwhile, Romney himself offers "love of country" as a counter to "Obama's revenge." Romney's insistence on "love of country" versus "revenge" is made even funnier by an 18th century quote made famous by Samuel Johnson: "Patriotism is the last refuge of a scoundrel." (For those of you in Rio Linda, patriotism = "love of country.")