Having lived in Seoul off and on since I was a teenager, I remember when our great city made the ground-breaking shift toward requiring us Seoulites to pay for our garbage bags, in an attempt to encourage recycling of plastic, glass, paper, etc. 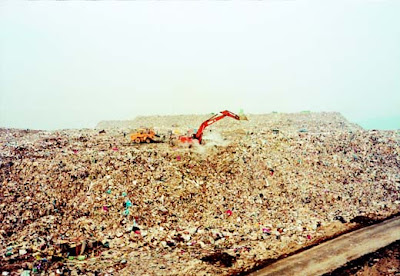 This was done as we were fed nearly daily doses of news about how Nanjido, the local landfill shown above in the mid-1980s, was essentially full. (The once gag-inducing site whose offensive odors would waft over Mapo-gu has since been filled in and is now the site of a recreational complex that is anchored by Sang-am World Cup Stadium.) 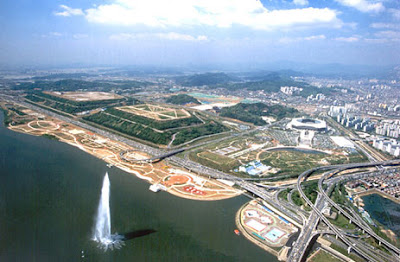 Though they highlight Taipei instead of Seoul, Freakonomics Radio has an interesting podcast (I subscribe to this on iTunes) that talks about the economics of trash. Sadly, what has worked quite effectively in Korea and Taiwan (even to the point of helping romance bloom) has failed or met considerable resistance in some parts of the United States.