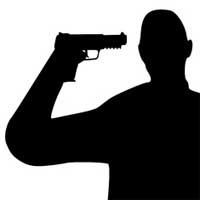 Well, not quite. But they might as well have said that:


South Korea faces "national disgrace" if its third bid to secure the winter Olympics fails, the sports minister said Tuesday on the eve of an IOC inspection.

Culture, Sports and Tourism Minister Choung Byoung-Gug, speaking in the eastern alpine resort of Pyeongchang, emphasised the government's determination to back its bid for the 2018 event.

Pyeongchang lost out to Vancouver for the 2010 Games and to the Russian resort of Sochi for 2014.

"Considering our national power and achievements of winter sports on the international stage, it must be a national disgrace if we lost the bid three straight times," Yonhap news agency quoted Choung as saying.

Look, Mr Choung, winning bids are not made of tears, appeals for unification with psychotic neighbors, or, now, warnings that your country will face national disgrace. A successful bid shows that you've got the train service and other ground transport to get people to the facilities (check!), you've got massive infrastructure to handle all the visitors (check!), it's easy to get to the facilities from major airports (check!), there's a lack of any separatist movement that might cause trouble during the games (check!), you've got a good likelihood of snow when the Olympics roll around (or the ability to make it in case Mother Nature isn't being cooperative), or perhaps a threat that you will cut off energy supplies to IOC members' home countries. 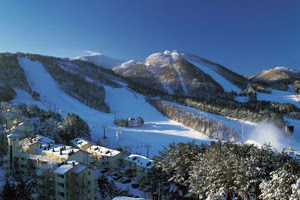 Cut it out with the "national disgrace" rhetoric. Focus on the snow and the infrastructure (and maybe how awarding this to South Korea helps promote winter sports in East Asia), because on these factors, South Korea rocks.

And consider dropping that stupid e from Pyeongchang: if they can't pronounce it, they don't want to go.