CNN's humorist, Jarrett something or other, has officially declared Gangnam Style dead. As he describes, he has taken it out to the backyard and shot in the head (maybe he has been watching too many North Korean videos).

In case you are one of those people who is still working on a really great Gangnam Style-style spoof video, don't worry: this is more his fantasy that it is a reflection of reality.

In fact, the headline here at MI(AAP), which was taken from CNN's headline, says that Gangnam Style should die. And that probably indicates the author's own belief that Gangnam Style isn't going anywhere anytime soon. After all, the semester has just begun, school bands are preparing for football games, and there are loads and loads and loads of group projects and company outings which must include some sort of dance routine. (HT to kuiwon.)

Gangnam Syle is here for the duration. 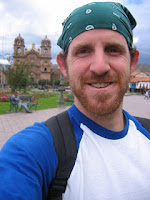 This post originated from my iPhone, from where it was difficult to go back and forth to verify the name of the "Apparently This Matters" author of the CNN piece (Jarrett Bellini). My "Jarrett something or other" comment is in no way intended to be a dismissal of his elitist opinions about things he knows nothing about or a swipe at him for trying to impose himself as an arbiter of taste and pop culture.