When al Qaeda-affiliated terrorists threatened to target planes headed for New York City and Los Angeles on the very day right before Christmas that I was traveling to LAX, I was forced to take off my shoes no less than five times between Seoul and California.

And thanks to one Yongda Huang Harris, you can expect more of the same as you travel from the Land of Morning Calm to the Land of Fear and Loathing. Why? It seems that Mr Harris was wearing a bulletproof vest on his journey to Boston that made its way from Kansai, through Incheon International Airport (the extra e is or excellence), and then onto Los Angeles. He also had a slew of other no-nos that should have sent up red flags. 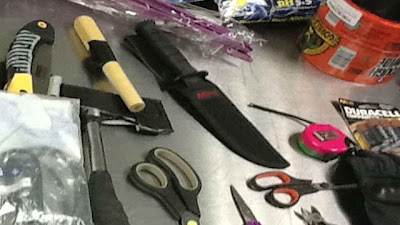 From AP, via The San Francisco Chronicle:


South Korean security officials screened a man with a bulletproof vest before he got on a flight to Los Angeles, but they never detected a banned smoke grenade concealed in his checked luggage with a cache of knives, handcuffs, a gas mask and other weapons, a U.S. official said Wednesday.

Yongda Huang Harris and his carry-on luggage were thoroughly searched, but authorities found nothing suspicious and he boarded the flight, said a Homeland Security official briefed on the investigation. The official was not authorized to discuss the case publicly and spoke with the Associated Press on condition of anonymity.

Harris, 28, was arrested in Los Angeles last week during a stopover on a trip from Japan after U.S. Customs and Border Protection officers noticed the bulletproof vest. A search of Harris' checked luggage uncovered the smoke grenade and an array of suspicious items, including leg irons, body bags, a hatchet, billy clubs, a collapsible baton, duct tape and a biohazard suit.

U.S. officials were working with South Korean authorities to determine how the grenade slipped through screening.

Harris is not cooperating with federal officials who are trying to determine why he was headed to Boston with the cache of weapons, authorities said. The smoke grenade was X-rayed by police bomb squad officers, who said the device fell into a category that is prohibited on board passenger aircraft.

The official South Korean response, after looking up "barn door, closing after horse has escaped" in the emergency response binder, will be to tighten security for all flights headed to the US of A. And that means we all get that extra probing. Thanks, Mr Harris.

I'm guessing that the ROK and Japanese authorities were unaware that the smoke grenade was a prohibited item, even though they've had the good sense, say, to specifically check my jar of coins (which they ultimately allowed) as well as the collection of matchbooks my friend who collects matchbooks tried to get onto her flight (which they didn't allow).

I suppose I should probably also speculate on just what the heck Mr Harris had planned with all those weapons and stuff. Frankly, it looked like he planned to disappear a person or two. Or maybe I've just been watching to much Dexter. 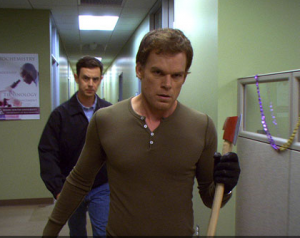