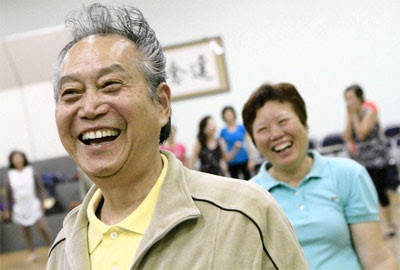 In a lot of ways, South Korea and Taiwan are fraternal twins with a major sibling rivalry. Both were former colonies who saw considerable economic and social change during nearly half a century of Imperial Japanese rule, only to become military dictatorships after the war but emerge as economic powerhouses. Both enjoyed the defense umbrella provided by the United States, and both spent decades defined, confined, and refined by a Communist menace at the doorstep.

Although South Korea sees itself as nipping at the heels of Japan, much of the rest of the world sees the ROK and the ROC as nearly interchangeable second-tier nations. Well, those who see Taiwan as a nation at all. And it is in this context that it seems natural that, just a few years after granting South Koreans visa-free entry into the United States, Washington would see fit to do the same for Taiwanese.

Indeed, starting November 1, 2012, Taiwanese will be able to enter the US of A without a visa.

This kind of thing can be a huge boon for Pacific states like Hawaii, California, and Nevada (I'm throwing the Silver State in since they're in the Pacific Time Zone and seem glued at the hip to the Golden State). Los Angeles is rolling out the red carpet for them (note the odd choice of photos for this story). Perhaps more local tourism departments and service providers will recognize that the average Taiwanese is far richer than the average Chinese and will thus start seeking them out, as Hawaii has done with South Korean travelers.

This could also help the bottom line for Asiana Airlines and Korean Air, which may seek to take advantage of a thaw between Taipei and Seoul and start offering more routes from Taiwan to America via Incheon International Airport or even Kimhae.