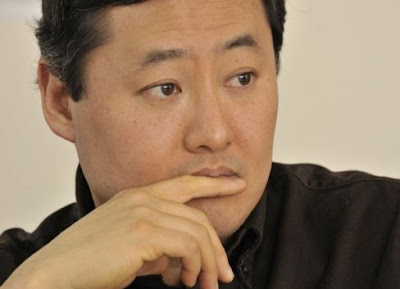 Korean-American attorney John Yoo, also known as "America's Torturer" for his legal defense of the practice when he worked for the Bush43 administration, is no longer welcome in Russia, pat of a tit-for-tat between Moscow and Washington after the US government decided to try something that went beyond mere diplomatic scolding on Russian human rights abuse.

From AP, via HuffPo:


Russia on Saturday banned 18 Americans from entering the country in response to Washington imposing sanctions on 18 Russians for alleged human rights violations.

The move came a day after the U.S. announced its sanctions under the Magnitsky Law, named for Russian lawyer Sergei Magnitsky, who was arrested in 2008 for tax evasion after accusing Russian police officials of stealing $230 million in tax rebates. He died in prison the next year, allegedly after being beaten and denied medical treatment.

So the system works: If you support an atrocious activity, a decade later you'll be banned from a crime-ridden corrupt country you probably wouldn't to visit anyway.