To be fair, when it comes to North Korea, it's hard to tell the satire from the serious

The Huffington Post is reporting that a Chinese newspaper mistook a bit of satire by The Atlantic's Andy Borowitz for a true story, when they reported that North Korea had decided to delay their missile launch because of a glitch with Windows 8. 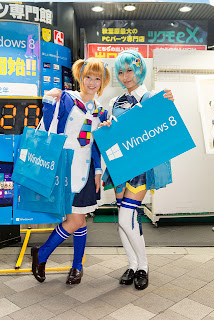 
A Chinese media outlet reportedly re-broadcast a satirical article by The New Yorker's Andy Borowitz that said North Korea has postponed a possible missile test because of a Windows 8 glitch.

According to the South China Morning Post, the 21 Century Business Herald posted the fake news on its Sina Weibo micro-blogging page and included a comical quote from "a source close to the North Korean regime" that jokingly claimed North Korean leader Kim Jong Un was so angry over the Windows 8 issue that he was considering declaring war on Microsoft.

The Herald, which is based in the Chinese province of Guangdong, has a readership of more than 750,000 people. But it seems to have realized its mistake. As the National Journal's Brian Fung points out, the Herald's micro-blogging post seems to have been deleted.

Look, if the entire South Korean economy can be taken down thanks to Active-X, I don't see how the above story is really so far outside the realm of possibility that Chinese journalists are laughingstocks for believing it. Especially since it's not their native language (insert rant about Westerners getting Chinese characters [e.g., 纹身五百元], the meaning of which they have no actual clue, on their bodies).

Heck, as one HuffPo commenter noted, the Chinese know North Korea better than most, and maybe Kim Jong-un really does want to declare war on Microsoft.

And would that really be a sign of insanity?