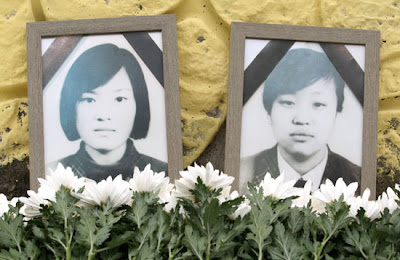 The parade of catalysts started when South Koreans felt they were dissed when ROK speed skater Kim Dongsung was disqualified at the 2002 Salt Lake City Olympics when an overacting Apolo Ohno "faked" being fouled and was given the gold instead.

It then went into high gear when then President George W. Bush referred to North Korea as part of the "Axis of Evil" and then proceeded with plans to invade one of them. Prior to that, South Koreans had been lulled into believing that the strong ROK-US alliance was an effective deterrence to a North Korean invasion, meaning there would be no new war on the peninsula, but now the US president had South Koreans sh¡tting their pants that he himself was going to start Korean War II.

It took a break with the 2002 Korea/Japan World Cup, a month-long party that saw the Korea Republic national team go far beyond the country's wildest dreams. But then, in the lead up to the presidential election in December, the pro-Pyongyang leftists sought to find that the issue (or combination of issues) that would resonate with the public and usher an anti-USFK candidate into Seoul's Blue House. [If you haven't read my piece on the pro-Pyongyang nature of South Korea's far left chinboistas, including how they manipulated the Mad Cow Disease issue, please do so.]

Roh Moohyun's presidency was the indirect result of all this, but he turned out to be more pro-American than anyone expected. Still, the angry reaction by much of the citizenry beyond the chinboistas was a turning point in US-Korea relations (in many positive ways).

The ten-year anniversary of the deaths of Shim Misun (Shim Misŏn, 심미선) Shin Hyosun (Shin Hyosūn, 신효순) is the subject of well written posts at Popular Gusts, ROK Drop, and The Marmot's Hole.

As I wrote at Popular Gusts, it's disgusting the way the leftist chinboistas have used the two girls' deaths for their pro-Pyongyang, anti-Seoul, and especially anti-USFK aims. At the same time, however, the reaction on the other side is also very unseemly. Over the years I've seen so many "defenders" of USFK fall over themselves to blame the middle school girls for their own deaths (e.g., they should have been paying attention better, Koreans are always killing each other in traffic accidents, etc., etc.) as if the adults driving the massive military vehicles are blameless.

The USFK convoy was not an "accident" but an accident waiting to happen. They were large vehicles on small roads (if I remember correctly, the girls would have had to jump into a ditch to avoid them) operating with broken radio equipment that made it difficult to impossible to communicate from one vehicle to the other that there were pedestrians in the roadway. The military personnel were operating on so little sleep that they had made complaints to their commanders about it prior to the accident.

Matt at Popular Gusts is correct that the eventual court martial was politically motivated, and the tragedy of that is not that the two men went on trial, but that the wrong men went on trial. There was criminal negligence at work, but probably not by those two.

At least we are seeing some real improvement that might prevent such things from happening again. The roads have been improved, and according to this article, the convoys have a USFK member sitting on top to watch for pedestrians, but even the ROK military still runs around there recklessly. 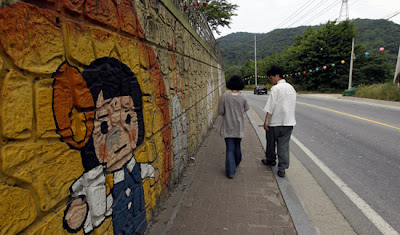