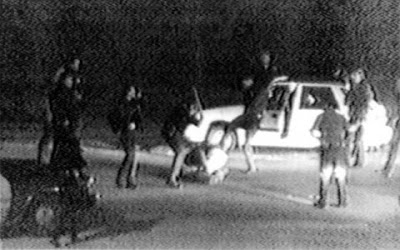 The news today was wholly unexpected: Rodney King, the victim of a brutal beating by law enforcement and then a figure at the center of the devastating Los Angeles riots that resulted when said law enforcement officers were acquitted, has died at the age of forty-seven.

It was rather shocking that he wasn't even fifty. Even two decades ago, he seemed so old, so it's hard to believe he died while still a young man. 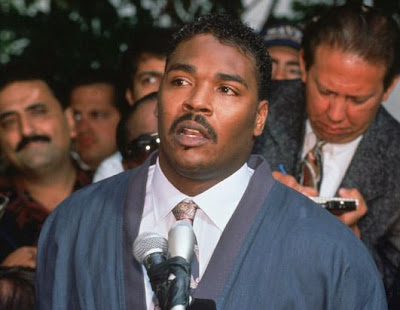 He was a flawed man, made a hero by being a hapless victim who then tried to do right: Can we all just get along? Even in the aftermath, after his experience made him a rich man, he was still tormented by demons, some of his own making. Requiescat in pace, Mr King.

Anyway, the riots themselves were a milestone in the history of the Korean-American community, which I hope you'll read about here. They also were a turning point for the LAPD.