Apple shares plummeted six percentage points, causing the company to shed $35 billion in market value. That's billion with a b.

There were a number of reasons for this, including the fact that the iPad is ceding some ground to competitors' products like the Samsung Galaxy. 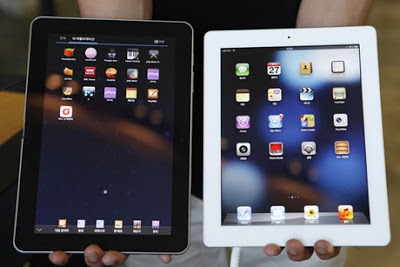 In addition to expectations of intensifying competition, there are also worries that the US going over the so-called "fiscal cliff" in January — which could mean automatic tax hikes across the board — may mean less money in consumers' pockets, which translates into poorer sales of the iPad and the iPhone, as well as Mac computers.

Although the Reuters article in the link doesn't directly say this, I think Apple's ongoing legal battles with Samsung, LG, and other companies (not all of them being Korean) add to a general negative feeling among investors. In short, in my best Jesse Jackson impression, Apple should be effectively innovating, not excessively litigating, so it will be successfully navigating the future.