I think we've seen this one before: US seeks coalition to rein in North Korea (again) after they launched missile (again) 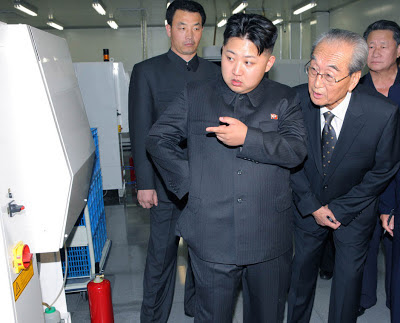 You know what would be a cushy job? Being a journalist whose beat is North Korea. There are three reasons for this.

First, no one really knows what's going on up there (user tip: that includes the North Koreans), so anything you say can be considered true until it's verifiably false, which it probably won't be until long after you're retired and living on Kauai.

Second, you can use as filler any picture of Kim Jong-un looking silly or doing something that seems unusual for the dictator of one of the world's cruelest regimes.

And finally, you can cover about 95% of all North Korea-related news items with just a couple dozen story templates and keep recycling them over and over again.

Things like this story from the Los Angeles Times, which talks about how the United States is worried/concerned/alarmed/disappointed about the latest missile launch and/or nuclear test and is seeking a coalition of Seoul, Tokyo, Moscow, and Beijing to rein in the rogue state.

See if you can spot the reruns:

U.S. officials huddled at the United Nations Security Council to try to work out an agreement on new penalties that could generate change by the government in North Korea, which is already the most heavily sanctioned country in the world.

The major powers may seek to further pare North Korea's limited financial ties with the outside world and impose more intrusive inspections on its sea and air cargo to prevent proliferation of weapons and other illegal goods, officials said.

"North Korea will only truly strengthen itself by abiding by international norms, living up to its commitments and international obligations, and working to feed its citizens, to educate its children, and to win the trust of its neighbors," said Tommy Vietor, spokesman for the U.S. National Security Council.

I've made it clear I'm tickled pink that they keep firing off their missiles and detonating their nukes, and I think we should goad them into doing it some more.

Meanwhile, although I think going after North Korea's banking activities could end up being an effective implementation of Plan B, I can't help but fall back on the conclusion that nothing can be done about North Korea (except by the North Koreans themselves, or possibly by China [see the bottom half of this post]).

(What's new this time around is that the satellite aboard the three-stage missile really does seem to be in orbit for a change.) 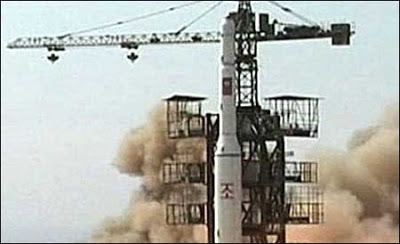