Actually, this is more of an anti-kvetchpat rant, as you'll see, but it addresses kvetchpats.

Okay. I'm still in the midst of a major set of work deadlines, but I've found a way to produce posts on the cheap: take notable comments on other blogs and highlight them for their value (or infamy). 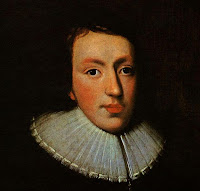 So, on one of the posts on The Black Guy on the Bus™, a frequent Marmot's Holeian named milton, fresh off his success with Paradise Lost, wrote the following in response to another commenter, cm (a kushibo favorite), who asked how so many people can have two completely different sets of experiences:


I think theres a number of factors involved.

Pre-departure, people read all kinds of sensationalistic blog posts, articles, forum threads, travelogues, etc. about how “racist” Koreans are. When they arrive in-country, they expect to be treated badly and confirmation bias ensures that they dwell on the burly ajumma who shoved her way out of the bus and the unscrupulous hagwon director who fires people in the 11th month of their contracts, while conveniently forgetting about the friendly ajeoshi who helped repair a burnt out light bulb or the neighbor who helped carry in that load of groceries. People come here expecting Koreans to be racist and so they make sure they find (and imagine and exaggerate) plenty of incidents of racism to fulfill their expectations. People who are looking for trouble are going to find it. That’s human nature. I’ve met more than my fair share of paranoid expats who manage to find racist overtones in every Korean twitch and glance and are convinced that a Korean version of the KKK is lurking behind every shadow.

There’s also the nature of the people who tend to come here. A lot of people (Westerners in particular) tend to go to Japan because they grew up watching Sailor Moon and Dragon Ball, love sushi, and obsess over learning kanji. They go to China because they’re fascinated by Chinese history and hope learning Chinese will give them an edge in the business world. They go to Thailand because they love beaches, ladyboys, and great deals on fake gems. In other words, these people want to be in their host countries and tend to be more forgiving of local imperfections. On the other hand, people tend to come to Korea because they’re looking for adventure and high-paying, easy teaching jobs to pay off their student loans, or in the case of other Asians, because they did poorly on their college entrance exams. They don’t really have anything “invested” in focusing on the positive side of Korea, and don’t appreciate or understand their host culture. For some Westerners in particular, I think there’s some latent disappointment at not being treated like King Whitey, and these folks, with a sense of entitlement, are shocked to be greeted at Incheon by a haggard customs agent instead of Lee Myung-bak and the other tribal chieftains and a harem of Korean virigins for His Majesty’s pleasure. They face further disappointment when they learn that the backwards locals treat them with indifference instead of ooing-and-aahing and mistaking them for Tom Hanks, and that their white skin and English abilities don’t magically open every door in the country.

That said, there is definitely racism here. There are more than enough examples of racism in the media, in the education system, in the national ideology and policy, and other venues to fill several volumes. I don’t doubt (all) of those stories about cab drivers ignoring foreign fares to pick up a Korean fare 5 meters up the road, about foreigners being denied entry into night clubs, about police and bystanders always siding with the Korean, about young nationalistic hotheads deamanding that Yankee go home, or about curmugeoned drunk seniors dressing down Korean women for being near their foreign boyfriends, but I feel that most of the racism is on the “systemic” level as opposed to the person-to-person level. I think a lot of it boils down to how you carry yourself in public and how you behave: if you act like a barbarian and treat Korea like your personel frat house, you’ll be treated accordingly. If you make the effort to adapt, act in professional manner, smile, and be discreet, people will leave you alone.

Frankly, the first part is something I agree strongly with (I pretty much agree with the whole thing, including his earlier discussion of the Expat Echo Chamber and perceived racism), and I've made many of the same points here and there. Many of these themes are covered in my (in)famous memes post, including the notion some folks work from where they think anything bad that happens to them in Korea happened because they're a foreigner (#81).

His part about who goes to China or Japan (something with which I'm less familiar) sounds plausible based on what I've heard. And it really does explain this galling situation where some "foreigners" gripe that every little thing is a sign that Korea is "Raaaaaacist!" when in Japan things like "No Gaijin!" housing issues are rampant but so few complain. Were something that big going on in Korea as a common thing, there would be a collective aneurysm among the waaaaagugin. But I digress. (And I'm still trying to fit this into the discussion.)

I would add that the going-to-Korea-as-a-business-decision issue also runs headlong into such Whites having their racial transparency stripped away from them.


Any thoughts? Is milton right? Am I too hard on newbies? Should prospective future residents be steered away from some, most, or all blogs on Korea? Are there good blogs for newbies and prospectives?

Is being a kvetchpat communicable? Manageable? Curable? Commendable?

What can be done on the Korean end to make Korea more attractive to people who won't just see it as, ahem, "like a retarded prostitute's pußßy" (apologies for that)?

Will the soft power generated by K-pop help resolve this problem on its own by attracting people who already have a fascination for all things Korea? Will some of them be disappointed that Korea isn't full of middle-aged men wielding hammers against gangsters?

Email ThisBlogThis!Share to TwitterShare to FacebookShare to Pinterest
Labels: anti-kvetchpats, kvetchpats, milton, random randomness, The Black Guy on the Bus™