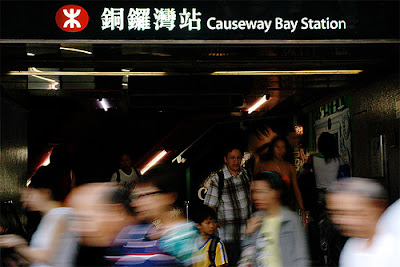 Call me crazy, but sometimes I think Seoul needs to be a bit more like Hong Kong, or even London. Bear with me a little while I explain.

I sometimes take my Korean skills* for granted living in Korea, until I meet someone like my ex who speaks little Korean and has a struggle getting beyond any basic task outside of Itaewon. While her lack of Korean skills are understandable up to a point (there is little pressure for anglophones in Seoul to learn Korean, and there are surprisingly few affordable and effective classroom resources in which to do so), it is sad that she and others like her are missing so much.

And I'm not just talking about ease and convenience in day-to-day tasks; it's also the discovery of pleasurable tidbits for the brain. To me with my modest knowledge** of hantcha (Chinese characters used in Korean), some of the place names sing with a kind of sweet poetry. That is, many of the places have names with a real meaning beyond something-something-ku, this-dong, or that-ri. For those who don't speak much Korean, maybe Seoul and other Korean locations could benefit with a colorfully evocative English name, akin to the colorful or descriptive place names common in Hong Kong, like Causeway Bay, Prince Edward, North Point, Diamond Hill, Little Whinging, etc. Its Londonesque names are definitely a whiff of Hong Kong's century and a half of British influence.

Some would be more obvious than others. Using literal or slightly altered versions of the meanings, nudged along with a little of each name's history, Yongsan-gu would be Dragon Hill, Chung-gu could be Central City, and Chongno (Jongno) can be Bell Street. Tongdaemun-gu (Dongdaemun) would be East Gate and Sŏdaemun-gu (Seodaemun) would be West Gate, even though the actual gate has long since disappeared.


Kangnam (Gangnam) could be a more literal "River South" or "South River," but perhaps also "South Bank" or "South Han." The problem with that is that while Kangdong (Gangdong) would be East Bank and Kangbuk would be North Bank, that makes Kangsŏ (Gangseo) "West Bank." Just that one, we'll call West River.

How about Nowon-gu (蘆原區)? A name that sounds in English like not a single soul is there actually is formed from the Chinese characters for reeds and rushes (蘆) and prairie, meadow, or plain (原). How pleasant it would be to reside on that rocky peak-abutting plain and pass a "Welcome to" sign that says Reed Meadow (just below "Nowon-gu," in English). 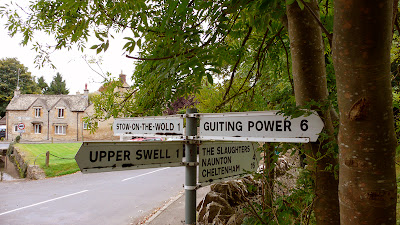 No, I'm not crazy. I think such things incline people to discover the roots of where they live and give them ownership over their locale. Much of Seoul was once little tiny rural villages, even just a hundred years ago, and they have a history. Hong•ŭn-dong (Hong-eun), for example gets its name (弘恩) from when the king told women who had been taken by the Mongols (and thus disgraced) that they could regain their honor by washing away their disgrace in the river there, or so I've been told. The name literally means Great Mercy or Great Charity, which could be a fitting name for the neighborhood in English as well. Sure, having names that sound like you're in some odd version of the English countryside might curb some anglophones' desire or need to learn Korean even further than now, but a name like "Great Mercy" might pique the interest of some just enough to try to learn about the period in question.

Of course, we'd have to take poetic license with some of them. The second character in Mapo (麻浦) means shore or beach (since it's along the river), but the first one can be flax, sesame, or even hemp. Though I grind up fresh flaxseed and mix it in with my oatmeal every day, flax just sounds too close to flatulent to be a pleasant-sounding place name. Though the appropriate name would depend on which kind of ma is meant by Mapo, for now I think Sesame Beach or Sesame Shores has a nice ring. Frankly, "Hemp Beach" might attract the wrong kind of people. 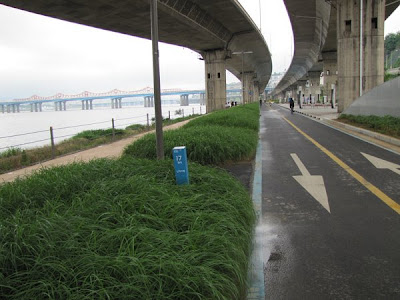 * I have virtually no formal training in Korean, as I obtained my Korean skills from early on, listening to friends and family speak and then by being immersed in the language while in Seoul. I am not "fluent" in Korean, and would instead label myself "highly functional." That is, I can adeptly handle, completely on my own if armed with a dictionary, virtually any task I need to in daily life, even complicated things like obtaining a bank loan, including reading a bank loan contract, though I would have to muddle through it by looking up an occasional word. In a complex work situation, I can follow most of what is being said and express what I mean to say as well. Do not get the impression I am bragging about my Korean skills, for it is the opposite: my lack of high-level fluency after having lived in Korea for a total of around fifteen years, on and off since I was a teenager, represents a failing on my part, a testament to my general laziness and lack of drive to go beyond what I need.

** As for Chinese characters, about ten years ago, I tested myself with a Japanese kanji book and I could at that time write 100 and read about 300. However, I have a knowledge of several more hundred characters' pronunciation as word blocks in Korean, even if I am unable to recognize them in their Sinicized form. Again, that I am so piss-poor at hantcha is a personal shortcoming on my part.