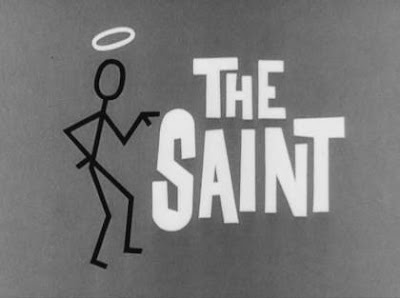 Well, it looks like the Catholic Church in Korea is again trying to put nationalism ahead of church teachings — minor things like "Thou Shalt Not Kill" — by seeking the beatification and eventually canonization of uber-patriot Thomas An Chunggŭn (HT to occasional Marmot's Hole commenter Kuiwon, who has an interesting blog).


Seoul archdiocese’s Preparatory Committee for Beatification and Canonization held a symposium yesterday at the Catholic Center to discuss the possibility of canonizing a “Catholic patriot,” Thomas An Jung-geun.

Thomas An assassinated Ito Hirobumi, Japan’s first prime minister and the first Japanese resident general of Korea, on October 26, 1909, in Harbin, northeastern China. He was later executed by the Japanese on March 26, 1910.

Koreans regard An’s killing of Ito as a symbol of Korea’s resistance against Japanese imperialism. Korea suffered greatly under Japanese colonial rule which ended in 1945.

For years the Catholic Church condemned the murder, but changed its position when the late Cardinal Stephen Kim Sou-hwan of Seoul officiated at a Mass for An in 1993, during which he said: “An acted in righteous defense of the nation. The Catholic Church does not regard killing committed to defend the nation from unjust aggression as a crime.”

The overwhelming view of the symposium yesterday was that An should eventually be canonized.

Readers of Monster Island may recall when this has come up in the past, like in March 2010, the anniversary of An's eventual execution for the assassination of former Japanese Prime Minister and retired Governor-General of Korea, Itō Hirobumi, when Korea's cardinal made apparently "ambiguous" comments about Thomas An and his patriotism in the eyes of the Catholic Church.

And they would no doubt have seen some of my other posts on An, namely this one and this one from October 2009, which lay out my well reasoned views on An (and have resulted in some of the more contentious comments sections on this blog):


At the very least, I find it distasteful that someone like An Chunggŭn — whose importance goes little beyond having killed someone else — has become revered as a hero. Rest assured, however, many people born and raised in Korea also question this, particularly Catholics. I also find myself returning to the same conclusion that Korean kids are taught all about An and Itō because it was the highest level assassination by a Korean freedom fighter, and thus the importance and justness of the assassination is trumped up to make the act worthy of reverence.

As one can see, I certainly don't toe the party line on this our Thomas Templar and his Catholicism-divergent moral code. Historically, my view of An Chunggŭn (also spelled An Junggeun) is one of intense ambivalence, for while I admire anyone willing to die for a truly righteous struggle, I think he had the wrong target for revenge and his actions predictably led to an irrevocable drive by forces in Japan to push through the takeover of Korea.

But religiously and ethically, I'm far less ambivalent, for the Catholic Church is fairly clear on this kind of thing. Itō was an unarmed old man who had retired from politics, much like Jimmy Carter, and though he was representing Japan as an emissary, he did not seem to qualify as a valid military target in the struggle for Korea's freedom.

And while that view puts me in line with popular opinion about as much as my feelings about kimchi, I know that I'm not alone in that view in Korea. Sadly, though, people who feel as discomfited as I about the patriotic glorification and possible coronation of a man whose primary act was to kill an unarmed human being who was in no position to effect a change in Imperial Japan's ruthless aims in Korea in 1909, have generally felt that they need to keep their opinions to themselves, lest the Netizens try to ruin their day, or their livelihood.

UPDATE:
Writing in the Korea Times, Andrew Salmon takes a somewhat nuanced view of Itō. Perhaps the Times they are a changin'.

Email ThisBlogThis!Share to TwitterShare to FacebookShare to Pinterest
Labels: An Chunggŭn, looking back on Imperial Japan