Hyundai Elantra chosen as North American Car of the Year 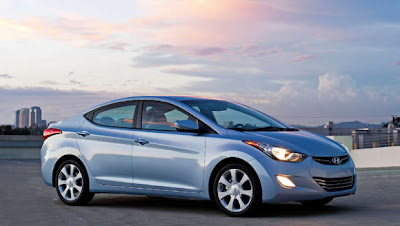 Given that Hyundai won this just a few years ago with its luxury Genesis offering, maybe this is becoming a thing.


Detroit automakers got shut out of honors at their hometown's auto show Monday as the Hyundai Elantra and the Range Rover Evoque won North American car and truck of the year awards.

The win by Hyundai is the second time it captures car of the year honors at the show in four years. Its luxury Genesis won the award in 2009.

It also marked another sign of the growing competitive threat that the Korean automaker poses to Detroit. Hyundai Motor's two brands, Hyundai and Kia, captured nearly 9% of the U.S. market in 2011, nearly double the share it had five years ago.

"Sporty yet sensible. Luxurious, yet affordable. Spunky, but safe," said Jayne O'Donnell of USA Today, one of the judges. "The Elantra is a series of paradoxes and every one is another argument for the latest impressive entry in the Hyundai lineup."

A car must be all new or substantially changed in order to be eligible, and the 2012 model is a major reworking from the 2011 and earlier models, which were also respectable (I had a 2009 Elantra as a rental and quite enjoyed its zippiness and roominess).

The gist of the Elantra's selection is that it is a pretty nice car in terms of safety, reliability, affordability, and sportiness, but which feels like a much more expensive car.

For a small car it doesn't seem like a small car. My aunt, who is in the market for one to replace her dilapidated Honda minivan now that she doesn't have to drive a whole mess of kids around, remarked that you could fit a couple bodies in the trunk.

(HT to my mom, who loves her Hyundai SUV, even if it isn't exactly easy on the MPGs)

Email ThisBlogThis!Share to TwitterShare to FacebookShare to Pinterest
Labels: Car of the Year, Elantra, Genesis, Hyundai