Millions of moviegoers would approve 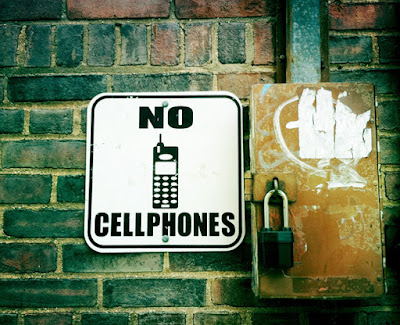 If you're a regular visitor to Monster Island, you're no doubt familiar with North Korea's unexpected cell phone market.

Indeed, back in December 2008, I first blogged about North Korea's plans to implement a 3G network (that one includes a list of North Korean emoticons). I then reported in November 2010 that North Korean youth had led to a quadrupling of cell phone subscriptions in the DPRK (which autocorrect wants to change to dork), and again in April 2011 that their 18,750% growth over the past three years made them the fastest growing mobile market in the world.

At the time, I expressed my pleasure that the Norks were allowing such openness, perhaps the sign of positive pressure from China, which hopes to see North Korea follow Deng-esque reform:


Anyway, I'm thinking Orascom's North Korean adventure is a good thing. 300K subscriptions means there is one cell phone for every eighty people, and that number is growing. Simply put, the more subscribers there are, the harder it is for the authorities to monitor communications.

Well, unfortunately, there may be folks in Pyongyang who also visit Monster Island, and they may have taken note of what I'd written in the very next paragraph:


And while most or nearly all the current subscribers are regime loyalists, if events go sour in such a way that it turns people against the dynasty or the party or whatever (as they have done for much of the peasantry), then — boom! — you've got an instant means of communication for the opposition. Indeed, the Egypt-based Orascom may very well be paving the way for North Korea's own version of a popular uprising somewhere down the Jasmine Revolutionary road.

Certainly I'm not the only one who has suggested such things, though I was one of the first. And this week we get news that indeed the North Korean government may be sitting up and taking notice at the potential threat of all those cell phones: the regime has announced a ban on cell phones:


North Korea has warned that any of its citizens caught trying to defect to China or using mobile phones during the 100-day mourning period for Kim Jong-il will be branded as "war criminals" and punished accordingly.

Granted, this is just for a three-month period and be completely lifted in the spring, but it could be an ominous sign of things to come. This certainly isn't a first when it comes to draconian measures against mobile devices: In May 2011, we also got word that the regime was cracking down on unauthorized phones smuggled in from China.

Though I'm no fan of Selig Harrison, I share his view that the seemingly monolithic regime in Pyongyang is actually caught up in some serious factionalism, the kind you'd see in any Korean palace drama on the telly. And I'm holding out that the Michael Jordan-loving Kim Jong-un, who have long believed is just a figurehead, may somehow find a way to transcend the fears of the different cliques in the government and drag his country into the 21st century, or at least the 20th century (circa 1990s). And if cell phone usage returns, I can hold onto that hope.

If not, prepare for things to get ugly before they get any better.