The uber-cute Kate Bosworth is making the rounds, promoting her upcoming cowboys-and-ninja movie The Warrior's Way, in which she stars with Korean heartthrob and Taegŭkki: The Brotherhood of War star Jang Dong-gun [chang tonggŏn, 장동건].

This includes a stop on the show of some woman I've never seen nor heard of, to talk about her co-star who is "the Brad Pitt of Korea*."

The above video is just a teaser, and it's not the most sophisticated of Korean social commentary, but it would explain why we have so few celebrities in South Korea, say, showing off their red mango.

Gotta say, I've liked Kate Bosworth ever since Blue Crush, and she comes across as hella smarter than Jessica Simpson. 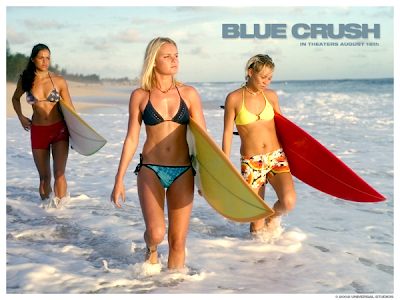 * I'm reminded of a line by Lisa Simpson: "Anything that's the 'something of something' isn't really the anything of anything." Not that I'm knocking Jang Dong-gun, whose choice of Romanizing his name — dong gun — is about as phallically powerful a celebrity/newsmaker moniker I've heard since Dick Pound.