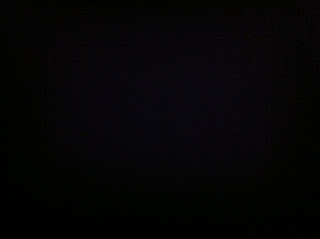 UPDATE:
It was raining something fierce the day before and most of today was wet and cloudy (bad enough to turn off the electricity* at upscale Ala Moana Shopping Center), but we saw a few glimpses of open sky in Honolulu, so we went with the original plan to head out to Sandy Beach (about ten miles east of the city, toward the eastern edge of Oahu), where the city lights are very faint and it's a nice place to view any full moon.

When we got to Sandy Beach, we couldn't see anything, hence the picture above. We wuz robbed, I thought, since we got none of the red moon they had talked about in the papers. In fact, when we arrived at just after 10 p.m., in the middle of the full eclipse, we couldn't see the moon at all, though we didn't know if it was because of cloud cover or that's just the way the lunar eclipse is supposed to work. When a sliver of the moon finally showed up, it was it's usual white color, but with an obvious dark shadow over it. 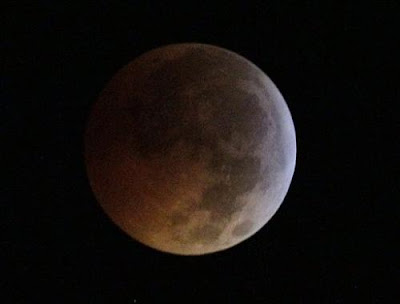 AP got a better photo than I did (my partial solar eclipse camera work was more impressive). What you see above is pretty much what we saw at one point, though the moving clouds obscured our view half the time. 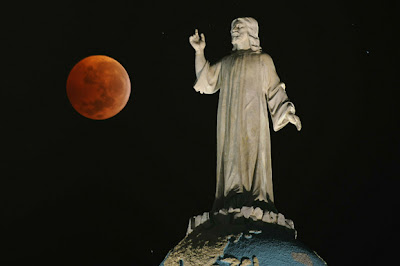 Still, it's not the reddish moon I was anticipating. While I wasn't expecting a biblical moon turned to blood from Revelations 6:12, I thought it would be the red-orangeish color I've seen in California where a full moon just over the horizon sometimes has a light rusty tint due to impurities in the air (e.g., light smog).

* The Honolulu Star-Advertiser says that the power outage was due to Hawaiian Electric Co (HECO) "substation fire," which was itself "apparently caused by the heavy rains." When there's no lightning to speak of, I find it quite comical that heavy rain is causing fires.