And a Mele Kalikimaka to all!


It's still Christmas Eve here in the Aloha State, and I'm still working on end-of-semester stuff and I'm stuck in Honolulu (plus my MacBook Pro is giving me rare headaches — and rare headaches are often huge headaches), so I thought I'd post some links to past Christmas-themed posts. 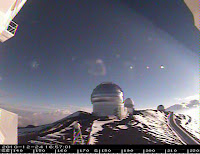 Sometime after Christmas I may write up about a conversation I had with "M," who is a Japanese Catholic, and her disgust that the birth of Christ has become a day for couples to get laid. Anyone in South Korea knows that Christmas for non-Christians (Catholics and Protestants alike) has morphed into a second Valentine's Day (making it hard to get reservations at restaurants and hotels in Seoul as well), so the idea may be familiar.
Feliz Navidad, Buon Natale, and Merry Christmas to all!

UPDATE:
Roboseyo has two videos that, I think, can really make your Christmas Day. Their only downside is that they're both too short.