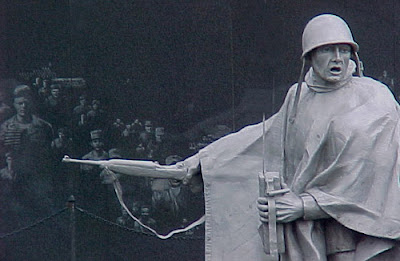 I've never served in any war, and that's all the more reason to admire and honor those who have risked their lives fighting in those conflicts that have left our nation and our allies stronger, freer, and more secure.

There are two people, one verified and one not verified, who are the last remaining veterans of World War I. They are Florence Green of the UK who served in the Women's Royal Air Force, and Andrew Rasch, who claims to have been in the US Navy. Both of them are 110 years old.

Of course, there are still thousands of World War II veterans, including 87-year-old Daniel Inouye, one of Hawaii's two US Senators. There are loads of veterans from the Korean War, the Vietnam War, Desert Storm, the second Iraq War and the Afghanistan conflict. My hat's off to them all, along with those who served in dangerous conditions during the Cold War or otherwise between wars.


Frank, a family friend now in a nursing home, is a veteran of the 100th Battalion. Along with the 442nd Infantry Regiment of which Daniel Inouye was a part, they became famous as nearly all-Japanese-American fighting units distinguished by their immense bravery. I sometimes ask him questions about his time in Italy, but while his mind is still sharp at ninety-something, it's hard for him to speak. The conversations are limited, but he enjoys watching old cowboy movies, which I bring him on DVD. 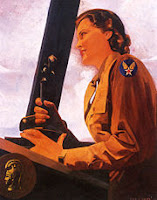 At the same nursing home as Frank is a woman named Jackie who was a pilot in the WAC (Women's Army Corp). Her job was flying newly minted aircraft from the Mainland (usually California) to Hawaii or elsewhere where they were needed by combat pilots and male officers authorized to fly in combat. She was still flying her own private airplane up and down the California coast past the age of eighty, when a mild stroke left her in a wheelchair and unable to drive, much less fly. Listening to her tell stories about the war and California and Hawaii back in the day has been fascinating, but I get the impression that I'm the only one who ever hears them. What little family she has never visits her. (Don't even get me started on the utter disregard for human life when people ignore those in nursing homes, simply because they fear their own ridiculously low threshold of discomfort will be crossed if they enter such a facility and actually speak to someone there.)

I have a number of relatives who have served in the US military, though I haven't had the chance to hear many stories. One grandfather, who died years before I was born, served in Europe and then Japan and Korea, and became a career soldier. Two uncles were in Vietnam, and one of them also made the military his career. A cousin is an officer who has recently served in Iraq and Afghanistan. I expect some of his kids will also follow suit.

An uncle by marriage lied about his age and joined the Navy, and he eventually fought at Iwo Jima. He passed away recently, having been going through the stages of Alzheimer's Disease, the "long goodbye." I wrote about him here and here. He died less than three weeks after I wrote that first link and I spent the last part of my summer arranging the funeral.

Nursing homes are full of veterans. Go visit one. Not today, but tomorrow or the next day, when most everyone else will have forgotten them until next year. 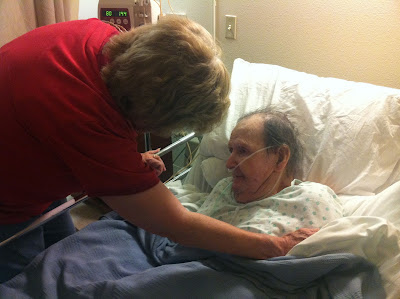