But there are massive development plans in the works, including a 200-meter tunnel connecting the two main islets, a breakwater to allow ships to dock, and an underwater observatory. All this is expected to be finished a year or two before the 2018 Winter Olympics in Pyongchang, not far from where one would take a boat to get to Tokto. 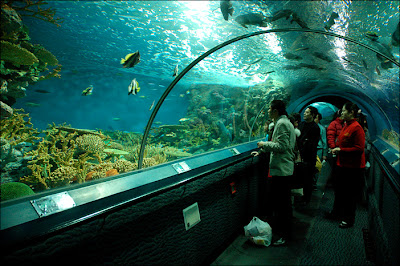 Surprisingly, authorities in Tokyo had the Japanese Ambassador to South Korea, Masatoshi Muto, lodge a protest over all this construction on a set of islets they have claimed since essentially taking over Korea during the Russo-Japanese War of 1904-05 but haven't effectively occupied since quitting Korea at the end of World War II in 1945.

I say "surprisingly" because apologists for modern Japanese policy as it relates to past Imperial Japanese acts tell us that it's only the Koreans who get their panties in a bunch over Tokto and no in Japan could care less. (By the way, I was being sarcastic.)

Frankly, it's the environmentalists who should be up in arms. Tokto is relatively pristine, justifiably making it a part of a provincial or national park covering all of Ullŭng-gun County (which would include Ullŭngdo Island), but turning it into tourist trap kinda sorta undermines that.

Email ThisBlogThis!Share to TwitterShare to FacebookShare to Pinterest
Labels: Tokto