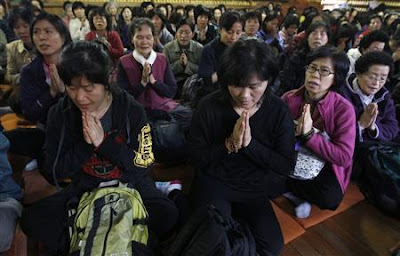 Yup. It's that time of year again when everybody and his mother gets all stressed out over the all-important college entrance exam (the sunŭng). The country literally grinds to a halt so that every student can (a) use a largely empty public transportation system to get to the exam on time, and (b) take the exam in relative peace and quiet.


Jets will be grounded across South Korea and anxious parents will pray while their children take annual exams that could lead them to one of the country's top universities and eventually a good job for life.

As well as prayers at churches and temples in this country of 50 million people, the 690,000 students who sit the exams on Thursday have been boosting their chances by eating toffee, to help the right answers stick, and staying away from bananas and seaweed, that might make them slip in the tests.

That banana and seaweed thing is still around. Yeah, since you can slip on a banana peel, eating/seeing/smelling/imagining a banana might make you slip up on the test. Same with wet seaweed, as if slipping on wet seaweed were commonplace.

And just a word of caution, when you're giving yŏt (hard toffee) to a prospective test-taker, don't say mŏgŭra as you offer it to them.

The same story is being carried by CNN, AFP, and the BBC. I predict the Los Angeles Times will be carrying this story sometime after New Year. [UPDATE: Whoops. The LAT has the story here.] 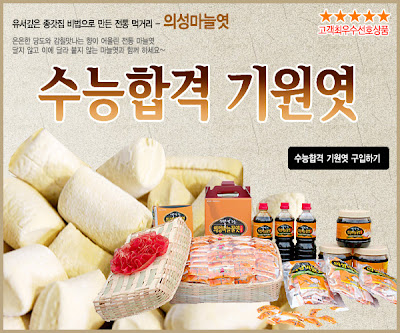 Email ThisBlogThis!Share to TwitterShare to FacebookShare to Pinterest
Labels: exams