On this Memorial Day (in Korea, but not yet here in the US), I'd like to highlight a bit of somewhat Korea-related news: the final voyage of the USS Iowa. The decommissioned battleship that saw action in World War II and the Korean War has set sail (figuratively) for its final destination in Los Angeles, where it will become a museum.

As anyone who has visited Pearl Harbor can attest, military vessels-turned-museum pieces are very cool. In Honolulu we have the USS Missouri (which I haven't visited yet) and the Bowfin (a WWII-era submarine which I finally got to see a year ago with a group of Japanese tourists). On Memorial Day, however, I will be returning to Magic Island for the annual lantern floating festival. I guess this is Buddha's Birthday weekend, so that is a nice tie-in. 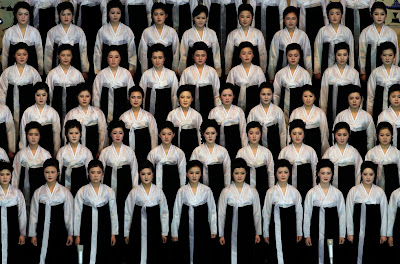