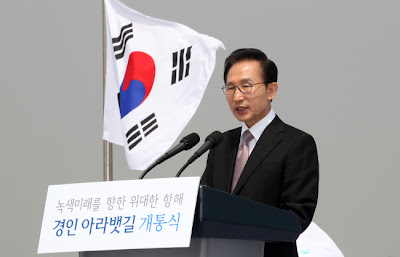 President Lee has grown a pair, openly denouncing those chinboistas who romanticize the North (and make excuses for it) while condemning the South. If you want to know how I feel about the chinboistas and the damage they can cause as dupes doing Pyongyang's bidding, go here.