Ads from the past 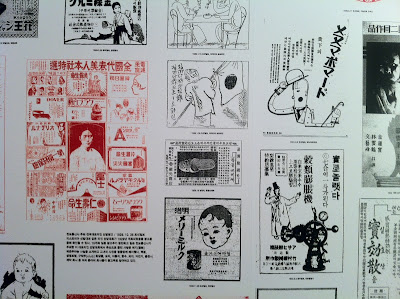 The Ilmin Gallery, at the site of the old Dong-a Ilbo Building near the start of the Ch'ŏnggyech'ŏn Stream, is hosting a stylized retrospective of advertising in Korea, going back to the 1890s.

I've lived in Seoul off and on since I was a teenager, and the stuff they had from the recently past decades certainly were a literal walk down memory lane.

It's fun to see how memes have changed but which themes have endured. One can even glean some of the messages focused on at The Grand Narrative, though there's not quite the heavy focus on skin and S-lines.

The venue itself is an interesting place, a tardy nod to historic preservation of Japanese Occupation Era buildings in a way that turns decades-old structures into useful museum spaces rather than simply being under-utilized museum pieces themselves.