Sure, let's call Obamacare a tax:
It's a "freerider tax" 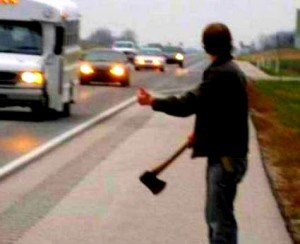 Yep, it's a tax. It's a "freerider tax."Say it with me. Say it often. Spread that phrase until its a household term.

It's a penalty for those who won't get insurance despite the ability to pay for it or, for those with lower incomes, to get it subsidized or free after 2014.

Critics of Obamacare don't like to acknowledge this but the fact is that the uninsured do get lots of medical care, on average. In fact, about two-thirds that of the insured, and it is the insured, the hospitals, and the government that pays for much of that (though not all). And it's not just in terms of unpaid hospital bills that the rest of us suffer: with so many bankruptcies in the United States the result of medical issues, we as consumers are carrying those who are uninsured (as well as those whose insurance coverage falls short when catastrophe hits).

Basically, the two ways to fix this are (1) deny all care — including emergency care — to all people until they pay or show proof of insurance or (2) penalize/tax people who aggregately cost the system lots of money but who don't cover all of their own costs.

Unfortunately, the first method will lead to widespread death and injury, not only to the uninsured, but also to the insured who are delayed when they seek care until they can "show me your papers!" 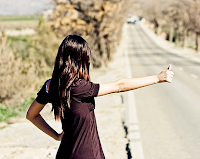 So of course it's a tax. It's a freerider tax. That's why the Heritage Foundation and Mitt Romney saw it as a form of personal responsibility.

I'm all for allowing people to avoid paying the tax and uninsured at the same time, if instead they put up a bond of, say, $100,000, that will be used for their medical care, just in case. But let's stop kidding ourselves that these people are not costing the rest of us loads and loads of money.