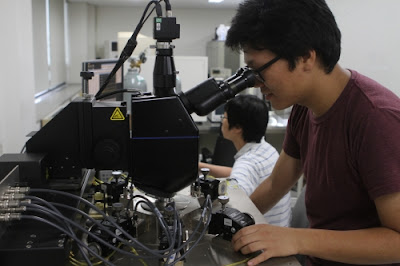 As every American from Obama on down bemoans the US's slipping standards, the WaPo points out a huge skills gap that could (mostly) bode well for Korea's future but poorly for America's: South Korea outpaces the US in engineering degrees, with one in four Korean college students majoring in engineering, compared to one in 20 in the United States.

How the ROK got there and what it means is the focus of the Washington Post story:


South Korea far outpaces the United States in the percentage of young adults with college degrees—63 versus 41 percent—and its K-12 students routinely outperform U.S. children on international assessments. While South Korean leaders have begun to fret that their young people—raised among skyscrapers and affluence—are pursuing higher-paying jobs outside technical fields, the workforce remains highly tech-savvy: One in four South Korean college students majors in engineering, compared to one in 20 in the U.S.

The reason for the glut of engineers can be summed up easily: South Korea’s education system was designed to produce them.

As Lee explained, “My path has been set since elementary school.”

South Korea’s school system—unlike the American system—is centralized and regulated according to economic demands. The national ministry of education and the ministry of science and technology are one and the same, and the president’s vision for economic development can have immediate reverberations in schools.

For decades, South Korea’s strategy for success has been to outsmart its more powerful neighbors. In a country with few natural resources, the next technological breakthrough is sometimes referred to in Korean as the next “meal.”

Of course, with an abysmally low birth rate, kids growing up without a childhood, and increasing household debt (much of it spent on extracurricular education and overseas study), some would say that South Korea is paying the price for this "over-education" strategy. 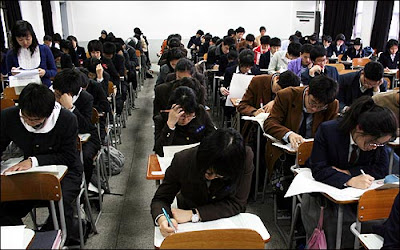 Nevertheless, perhaps there is a lesson for Americans to learn if they really want to, as Obama puts it, "win the future." I'm not one of those people who likes to rail against fictitious majors in underwater basket weaving or master's degrees in The Vagina Monocles, but I do agree the US may need a few more people with solid science and skills.

Sure, while it's true you can only go so far without creativity and critical thinking (the popular — though often unfounded — criticism of South Korean education being that it fails to provide this), the converse is also true that if you've got creativity coming out your orifices but little in terms of math and science acumen and ability (or solid reading and writing skills) on which to base it.