Kvetchpat of the day:
Hagwons and "human trafficking"

Okay, ignore for a moment that saying things like, “If you don’t pass training, you are thrown out onto the street and left for dead” (1:45) simply begs the question how many other claims are hyperbole, exaggeration, or just plain falsehood. 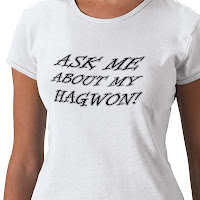 Instead, what is really galling is that these teachers who may actually have been defrauded by an unscrupulous hagwon (English-teaching academy, for those of you in Rio Linda), are declaring that this treatment is "human trafficking" (5:10).

The United Nations says, “Human Trafficking is a crime against humanity. It involves an act of recruiting, transporting, transfering, harbouring or receiving a person through a use of force, coercion or other means, for the purpose of exploiting them.”

There really is human trafficking in South Korea. The sex industry is indeed a major culprit, and considering the suffering those women go through, it's disgusting that precious little lotus blossoms who can't get their white-collar act together with their employer are making out that they are even remotely similar to such victims.

Who are these people? Where are they filing the “class action lawsuit”? What action through regular channels have they taken that have failed? How many people are involved in the pending “class action lawsuit”? Is it one guy alone in his basement with voice-altering software? Are the people who have positive things to say about the same place simply lying?