Person on the street: What do you think about visa-free entry for Koreans?

The US government has recently put the Republic of Korea on the visa-waiver program, meaning that Korean passport holders will be able to enter the United States without a special visa. This could lead to a dramatic increase in Korean visitors and tourist dollars.

This is a hot topic in Korea, but what do Americans think about Korea's addition to the US visa waiver program? 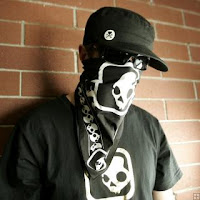 An increase in first-time Korean visitors would be a boon to people in my line of work.
— name withheld, Los Angeles CA 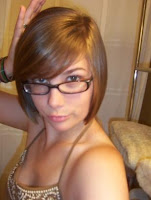 North or South? It shouldn't be the South. They're communists and they carry around nuclear bombs.
— Jane Jelenek (Internet services representative), Oakley KS

Oh, shit! I told my baby mama that I couldn't afford to fly back to Korea and I didn't think there was any way the American embassy would give a single mom a tourist visa. Shit! Now she's gonna be coming for me.
— Zane Black (unemployed former English teacher), Pocatello ID 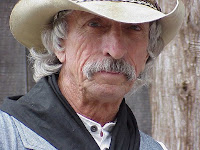 Korea? I lost my leg in Korea. It was on a frozen hill in '51, up near Wabu-ri, and we'd been surrounded by North Koreans for days. They were picking us off one by one. The gooks had us trapped and it was either die in a POW camp or die fighting the gooks. We chose to fight the gooks. In the middle of the night, when they were all drunk or asleep, we made a run for their lines, hoping to break through and make it south. With rifles blazing, half of us made it across but the rest ended up dead or wounded in the freezing mud. I was shot twice in the leg and I couldn't move. As I lay there slowly bleeding to death, I took out the first dozen gooks who came near me. Finally, when I had no more ammo, they grabbed me and took me to a village hospital near the front lines where they sawed off my leg and then left me in a crumpled mess on the floor of the most goddam unsanitary hospital you ever laid eyes on. They put maggots on my open wound—goddam maggots!—to clean out the bloody stump. When it was mostly healed they gave me a pine branch to use as a peg leg, and it took me the rest of my two-and-a-half years in captivity to learn how to walk normal again, all the while eating rats and bugs just to survive. I saw a third of my buddies die in that shit hole of a camp: some by starvation or malnutrition, some by disease or the elements, and some by gunfire when they tried to escape. I tried a few times myself, taking out at least ten gook guards total, but I got recaptured each time. Yeah, a tall goddam White guy gimpin' around the Korean countryside sticks out like a foot-long dick at a Chink convention. When they finally released me at the end of the war in '53, the camp commandant who'd captured me and brought me back each time saluted me and then offered a handshake, but I just spit in his face. Fucking gook bastard.

Oh, this is bad. Real bad. Is there any way you can, like, obscure my identity or something? Like put a blue dot over my face? I don't want to answer any more questions.
— name withheld (unemployed former English teacher), undisclosed location

Email ThisBlogThis!Share to TwitterShare to FacebookShare to Pinterest
Labels: Person on the street, visa waiver